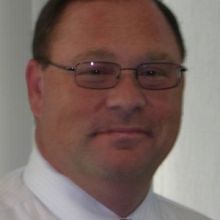 BY JOHN GUADAGNOWith this edition of the Conduit, we are in the throes of the summer season. The Fourth of July has passed with the only summer holiday remaining being Labor Day. I hope you and your family are enjoying the season, even though it has been an unusually hot one. As of my last writing, we have had several heatwaves and it is only mid-July. Make sure to stay cool when you can and remember that when on the job sites, keep hydrated to prevent heat exhaustion and other heat-related illnesses.Our ongoing building improvements are moving into a new phase. With the lighting retrofit of... Read More
President's Report, Conduit Newsletter
COPE Update July-Aug 2021
/node/8439
Brothers and Sisters,The new C.O.P.E. pins have been mailed out to the Brothers and Sisters who have contributed to the C.O.P.E. fund. The pin is a show of appreciation for your dedication and commitment to the C.O.P.E. cause. C.O.P.E. pins are mailed out based on a list of names of contributors.If you have contributed and did not receive a C.O.P.E. pin, please call the President’s office at 1-631- 273-4567 ext. 241.Your Brother in Solidarity,Joshua E. Margolis, C.O.P.E. Committee ChairmanEmail: IBEWLocal25COPE@gmail.com | Cell phone 1-516-361-0508
Cope: Political Action, Conduit Newsletter
First Worker Task Force Meeting Held At IBEW

Vice President Kamala Harris and Labor Secretary Marty Walsh traveled to Pittsburgh in late June for the first meeting of the White House Task Force on Worker Organizing and Empowerment. The roundtable featured Local 5 organizer Bill Garner and counterparts from seven other unions. President Biden created the task force in April, giving appointed cabinet members and top advisors six months to report back on how the federal government can support union growth and collective bargaining. “You had the vice president and secretary of labor walk into a union hall — our hall — and sit down with a... Read More
A Bipartisan Deal with Congress for More Jobs, Cleaner Infrastructure 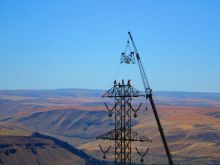 President Joe Biden proposed the largest investment in American infrastructure since World War II back in March. Four weeks later, he renewed his call for the $2.3 trillion American Jobs Plan during an address to Congress, with the IBEW at the heart of his pitch. Today, President Biden and Congress are working to pass a bill that will upgrade America’s flagging infrastructure, better position the U.S. as a global competitor and aggressively combat climate change. The Bipartisan Infrastructure Framework deal that was announced on June 24 includes plans to modernize the electric grid, expand... Read More
Build Back Better!
President Biden Message For the IBEW
/node/8290
President Biden Has A Special Message For IBEW Members!
IBEW News
Latest Conduit Articles
/node/8224
Selected Articles from The Latest Conduits Are Now Posted,  Members Please Log-in Here to view the latest articles!
CONDUIT - SEPTEMBER/OCTOBER 2022, Inside IBEW Local 25
IBEW Joins Others to Keep Good-Paying Jobs on Long Island

It started in Rhode Island, where Providence Local 99 played a key role in the nation’s first offshore wind farm near Block Island. That showed the power of early support for such projects and it’s why the IBEW is part of a consortium of groups trying to bring such a facility to Long Island. Deepwater Wind, which also developed the Block Island project, plans to build a 15-turbine farm about 30 miles off the southeast coast of Long Island, with fabrication and construction work starting in 2019.“If we don’t start working on it now, it will never happen,” said Tim McCarthy, a business... Read More
Pres. Lonnie Stephenson Speaks on COVID-19 and Racial Justice
/node/8060
IBEW News
CARES ACT - Coronavirus

Working with Long Island's Most Experienced Electricians means that customers of our signatory contractors are able to reduce their ongoing energy and operating costs, and create healthier, safer, and more productive working environments for their workers, improving their health, productivity, and profitability. As more and more companies, developers, commercial real estate firms, healthcare facilities and others on Long Island strive for energy efficiency via the LEED Certification, the Long Island... Read More

Tell Us About Your Project 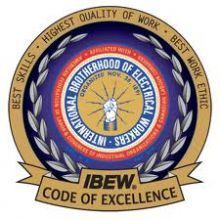 Please Register for a site account! Get email alerts with the latest IBEW 25 project and news updates and use your account to update your contact and other information!

END_OF_DOCUMENT_TOKEN_TO_BE_REPLACED

CLICK HERE to find out who represents you in Washington